How I Ditched Debt: Pandemic After Payoff Tests Couple’s Resilience 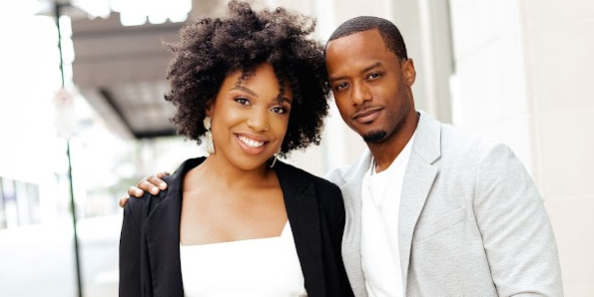 In this series, NerdWallet interviews people about their journey to tame debt. Responses have been edited for length and clarity.

Just months before the COVID-19 pandemic hit the United States, Anthony and Jhanilka Hartzog paid off the last of their $114,000 in debt.

When we , the couple had powered through by crafting a budget that worked for them, creating additional income streams and taking advantage of a lower cost of living after a move from New York to Dallas.

Now, nearly two years later, we checked back in with them: Were the Hartzogs able to stay debt-free in the face of a global pandemic that strained the finances of many families? And what tips do they have for others hoping to ditch debt of their own?

The Hartzogs were able to avoid the job loss that caused financial strain for so many as the pandemic and resulting recession took hold. “We were fortunate enough to keep our 9-to-5 jobs, so we didn’t have to incur new debt. That was a giant blessing,” says Anthony, who works in IT. His wife, Jhanilka, is in mental health counseling, and they both were able to work remotely.

Two elements of their debt-reduction plan also boosted their resilience.

First, they had built an emergency fund of at least 6 months of living expenses, which “helped us stay ahead of any incidents that would have forced us to dive into our pockets to spend,” Anthony said in an email.

Second, the couple continued their focus on increasing income. Anthony highly recommends the to paying off debt, but now adds a second element: Find ways to add income. “Everyone gets the basics of debt snowballing,” he says. “But, for me, I realized I needed to focus on raising my income.” That let them throw money at their debt snowball a lot faster.

During their paydown, they dived into walking dogs, renting out their car on a peer-to-peer app and starting their own cleaning business. They went on to buy a rental property and increase the number of cars they rent out.

Not all of these income streams were pandemic-proof, however, so in 2020 the couple scaled down to avoid debt. “We had to buckle down on spending until we were able to figure things out,” Anthony said.

“Our cleaning business, Maids 2 Match, almost came to a halt. So with that we had to recognize things that were a necessity in terms of spending,” he says. The couple focused on keeping recurring clients on a schedule while also turning off marketing costs and social media advertising to save money.

The time spent at home together in quarantine helped the Hartzogs generate new ideas to make money, including an online course for people who might be interested in starting a cleaning business but don’t know where to start.

While building Anthony says they have focused more on low-cost opportunities — like their online course — that use “your own skills or knowledge to help people get to where you are.”

A big part of the couple’s journey to becoming debt-free was reading other people’s success stories, and now Anthony and Jhanilka are in a position to provide a story of their own. In 2019, the couple brought in about $109,000 a year through a combination of their 9-to-5 jobs and “side hustles.” In 2020, the couple more than doubled their income, earning $232,162.

This additional income doesn’t mean they’ve tossed their budget aside. “We still budget monthly even though our income has almost tripled some months,” says Anthony, offering a good reminder that the habits that help you wipe out debt also can help you stay debt-free.

But the success of their side businesses hasn’t made the Hartzogs want to quit their day jobs. “We are still both very strong-willed and know we can keep building,” Anthony said. “Right now we have the income to replace both of our jobs,” he said, but they want to use their jobs as a buffer as they build out more side income and maybe buy more assets.

These strategies can help smooth out your path to :

The Hartzogs’ story shows the value of a side hustle. Finding ways to earn extra money can add up to a big financial impact. Whether that’s picking up a shift at your local grocery store or finding a way to monetize the blog you’ve been writing for years, having more money coming in can help wipe out debt faster.