How Long Does It Take to Charge an Electric Car? 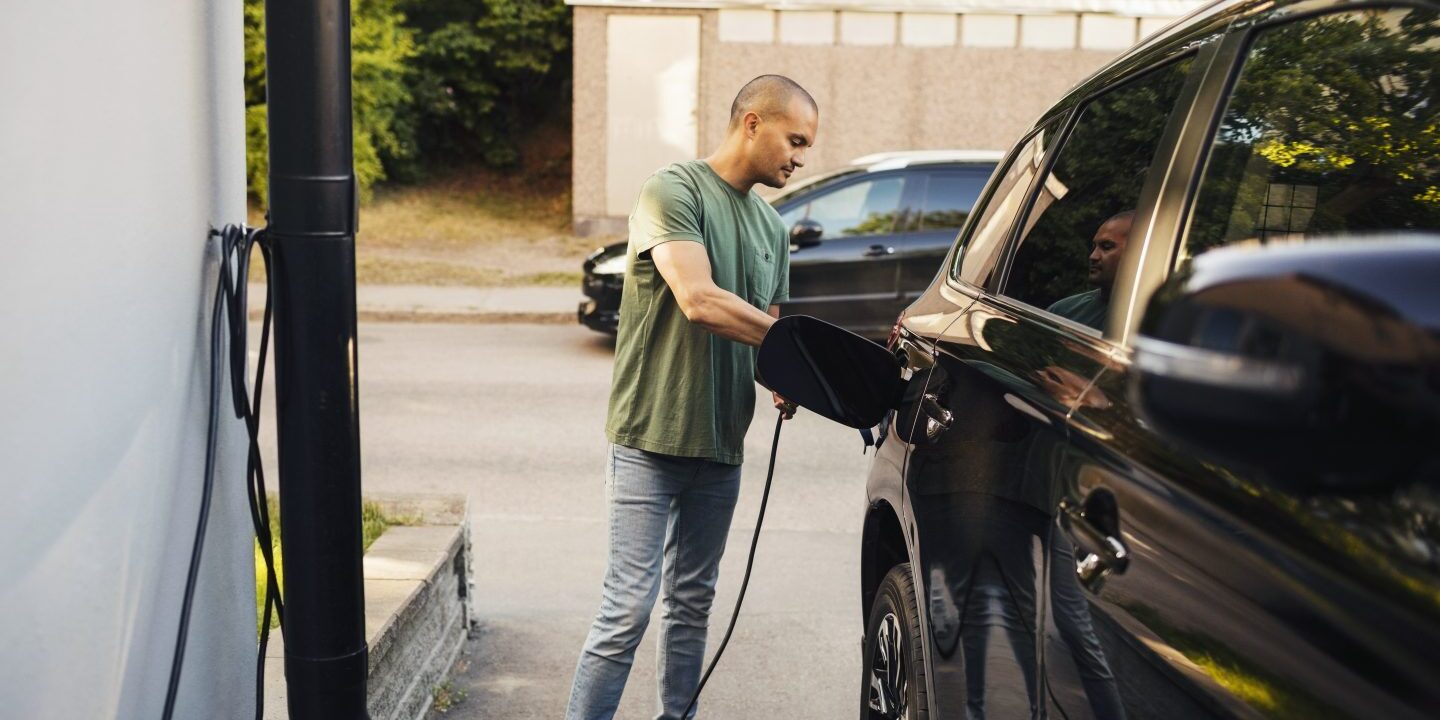 While I commuted in an electric car for six years people often asked me, “How long does it take to charge your EV?”

It was a tricky question to answer for at least four reasons:

Rather than go into all the variables, I usually just told people it took about four hours to charge my EV. But to more completely answer this question, here’s a little background first.

The biggest factor affecting charging times is the type of charger you use. Here are the most common ways of charging available today:

Level 1: This is the electricity that is available from the outlets in your house. It is roughly 120 volts. Charging this way is extremely slow. ChargePoint, which operates a network of independently owned EV charging stations, estimates that charging a 100-mile car battery at Level 1 takes 17-20 hours.

Level 2: Many houses also have 240-volt outlets to run clothes dryers and stoves. You can buy a home charging station and plug it into such an outlet to cut charging down to four to five hours for that 100-mile car battery. If you don’t have a 240-volt outlet, you can buy a charging station and have an electrician install it for a total cost of $1,200, according to the home remodeling website Fixr.

Charging on the run

If you try to charge away from your home, or you live in an apartment and don’t have access to a home charger, it can take longer — not in actual charging time but because it is sometimes difficult to find an available public charger. Some workplaces are now installing charging stations, but you could find yourself competing with your co-workers to plug in.

When Steve Pearl got his 2015 Volkswagen e-Golf that offered a modest 85 miles of range for his 80-mile round-trip commute to work as a product development engineer in Santa Clara, California, he was “on the bubble” range-wise. Although there were 20 chargers at his workplace, “it was a hassle,” he recalls. “People would be sitting in the parking lot waiting for a spot to open up.” But once he was plugged in, he was able to top up for the drive home in about an hour.

Undaunted, Pearl leased a newer e-Golf with 130 miles of range, allowing him to make his entire commute while charging at home at night when the electricity rates were much lower.

Public charging is predicted to improve steadily as the network is expanded.

Taking it to the next level

Many EVs offer a fast charge feature, usually as an option at the time of car purchase, allowing the battery to be charged at Level 3, or 440 volts — much faster than home charging. Only 20 minutes of charging adds at least 50 miles of range, according to fueleconomy.gov, a resource provided by the U.S. Department of Energy. However, few of these fast chargers are available now.

Using ChargePoint, I searched Long Beach, California, where I live, and found only two available fast chargers while there are 77 Level 2 chargers.

If you buy a Tesla, however, you get access to a nationwide network of 20,000 superchargers that can add 200 miles of range in just 15 minutes.

When people hear about EV charging times, they often compare them to the 10 minutes it takes to fill a gas tank, which provides more range. But here’s the thing: Most people use EVs as commuter cars, so they charge at work or home while they do other things.

Bryanne Hill has been commuting 25 miles a day for the past four years to her job as an admissions advisor at the Fashion Institute of Design & Merchandising in Los Angeles in a Chevrolet Bolt. She says she doesn’t know exactly how long it takes to charge her car, because “I plug it in when I get home and it’s ready to go in the morning.”

She likes the way the Bolt drives and loves never having to go to a gas station, “especially if I’m running late in the morning.” But the one time she took a road trip in the Bolt with her husband, she was more aware of charging time because they were stranded until it had enough range to get moving again.

Still, she says if you plan properly and have a Level 2 charger at home, “the charging time isn’t a big deal.” Pearl, who spent six years commuting in his e-Golf, agrees, adding, “It’s a no-brainer since you typically charge at night — so who cares if it takes four or eight hours?”

Here are a few recommendations from EV insiders to make charging a bit easier: