How Much to Tip a Massage Therapist 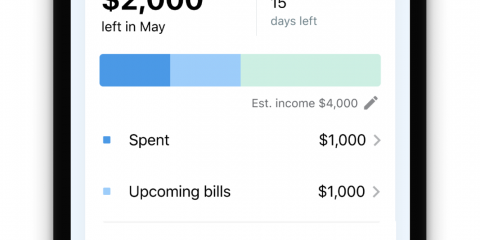 Money may be the last thing you want to ponder after a tranquil hour, but you may be left wondering: Do you tip a massage therapist? And if so, how much?

We spoke to two etiquette experts, who suggested leaving a 15% to 20% tip, if you’re able. Twenty percent is generous for the massage therapist and easy on the brain, which may be feeling more relaxed than ever after a massage. The math is straightforward.

While 15% to 20% is the standard tip for a massage therapist, a few factors may determine how much you decide to leave. In addition to etiquette pros, we discussed tipping with two massage therapists and a certified financial planner. Here’s what you need to know.

Why does tipping matter?

Tips are financially helpful for many massage therapists.

“Most people think that if you’re paying $65 for a massage, that the therapist is getting $65,” says Lizbeth Romo, a licensed massage therapist at Massage Envy in Phoenix. “But they’re not — they’re only getting a percentage of that.” So a tip that would typically go directly to the massage therapist is very much appreciated, she says.

Romo also points out that giving massages is hard work, particularly on a therapist’s joints. “It takes a lot out of you,” she says.

And that labor-intensive work may do wonders for you. “When you walk away from that massage, that’s going to serve you for two to three weeks in your job, your home life [and] your social life,” says Patricia Rossi, a business etiquette coach based in the Tampa Bay, Florida, area. “It will make you feel better and be a better human.”

A tip, she says, will help you “honor” the professional.

Should you tip all kinds of massage therapists?

Tipping about 20% is customary in the “spa realm,” says Taelour Wagler, a licensed massage therapist and owner of The Middle Wellness Center in Grand Junction, Colorado. (That’s about how much to tip a hairdresser, too.)

Spa experiences are typically focused on relaxation and luxury.

“Often these kinds of places will be classified as resorts [or] spas,” she says, adding that they may also “have a strong focus on spa services and Swedish massage in their marketing and listings.”

Alternatively, there’s the kind of massage that Wagler does, which is more in the “medical and therapeutic realm,” she says. For these, she wouldn’t expect a tip. “I kind of look at it as: You wouldn’t tip your doctor,” she says.

Unsure of which kind of place you’re going to and the tipping etiquette for it? Ask your massage therapist what’s appropriate, Wagler says, adding: “A professional therapist shouldn’t feel uncomfortable answering that.”

What if you’re unhappy with your massage?

You may consider tipping a waiter less for poor service — what about a massage therapist? Rossi says that if her massage started late but ended on time, for example, or if the therapist answered their phone during the massage, she would probably tip 15%.

As for the more therapeutic kinds of massages, Wagler stresses the importance of communicating what you’re dissatisfied with during the massage. For example, speak up if the pressure is too deep or not deep enough.

Then, afterward, she recommends giving feedback about the massage to the front desk staff.

“So, next time, we’d schedule you with a massage therapist whose technique is going to better fit your body,” she says. “It’s a learning experience for us and an opportunity to grow.”

What if you can’t afford to tip?

Our experts’ opinions vary in terms of what to do if you can’t swing the tip. One option is to say “thank you” and skip the gratuity. That’s the advice of Elaine Swann, founder of the Swann School of Protocol, based in Carlsbad, California.

“Tipping not only has to do with our experience, but it also has to do with what we’re able to afford,” she says. While it’s kind to leave a gratuity, if you can’t, so be it, she says. “You’re paying a published price.”

If you’re unable to tip a massage therapist you see regularly, perhaps you don’t leave a gratuity but give a small, personal gift, Rossi says. Consider gifting a copy of your favorite book and a thank you note, she says. That may be cheaper than what a 15% to 20% tip would be.

But, ideally, you would budget for the tip, Rossi says.

Delia Fernandez, a Los Alamitos, California-based certified financial planner, agrees. “We ought to set aside money for the things that take care of our mental health and well-being,” she says. One of those things would be a massage and the appropriate tip.

Fernandez recommends exploring ways to divert some income to a separate pool of money used only for self-care. Check if your financial institution offers a feature like that, she says, or try a budgeting app.

With funds earmarked specifically for massages and other self-care experiences, Fernandez points out that you won’t be able to spend that money on stuff that won’t serve you as well.

And when you want a massage — and a tip for your therapist — you’ll know whether you have enough money and where to find it. That’s a relaxing thought.

See what you’ve spent across your accounts, upcoming bills, and how much you’re on track to save.