The Economics of How to Run a Haunted House 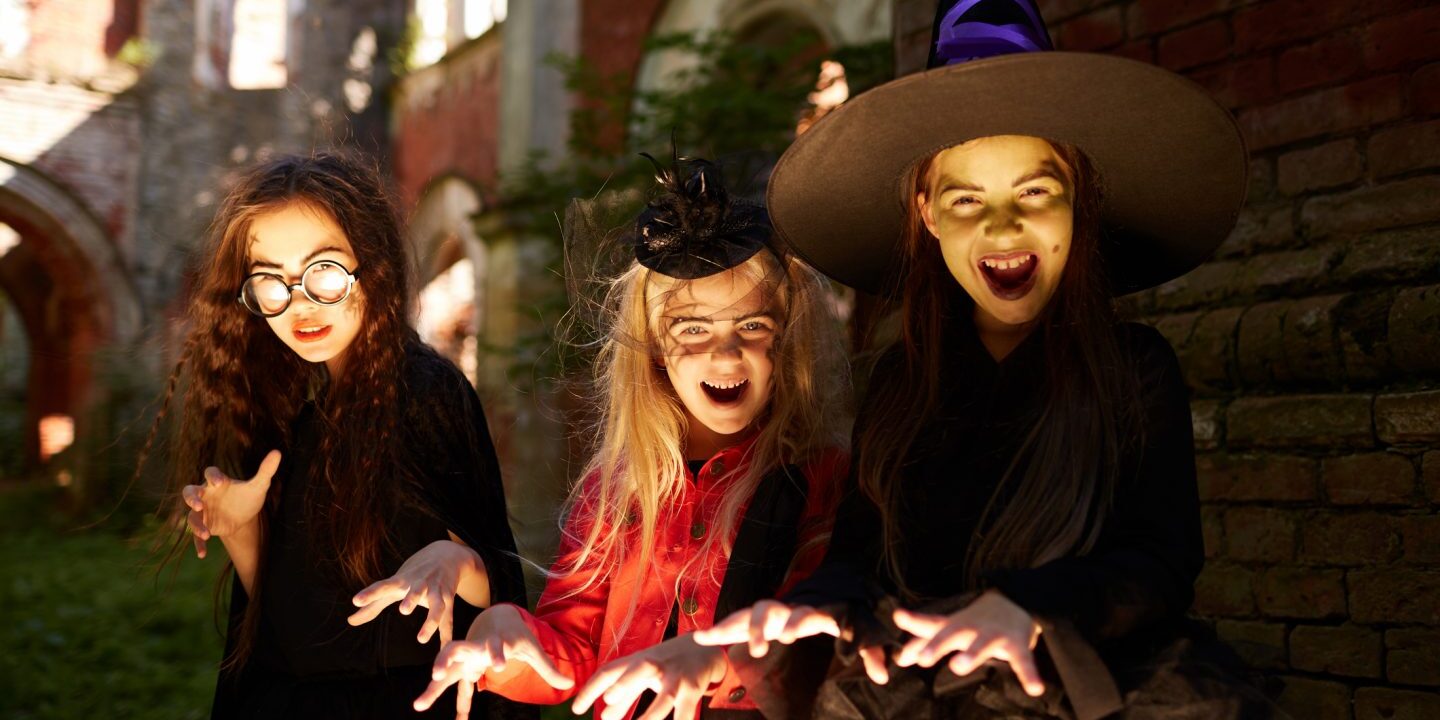 Visiting a haunted house is a time-honored tradition during Halloween season. The months of September, October, and even into November are prime time for getting scared half to death by people in elaborate, grizzly costumes and terrifying props.

It’s also (assuming you’re visiting a haunted house for entertainment purposes and not just some random abandoned mansion) a business. Haunted house industry publication Hauntworld estimates that there are over 4,000 paid Halloween attractions across the country, pulling in thousands of guests each season—and making haunted houses a billion-dollar industry. By now, you might be wondering how to run a haunted house — is it a viable business?

Suffice to say, the allure of starting a haunted house business and raking in big bucks for what they might assume is just 6 to 10 weeks of work is appealing to many people. But they tend not to recognize the enormous effort that goes into creating an immersive horror experience that brings customers back year after year.

Billy Messina, on the other hand, has co-owned and operated Netherworld, a highly regarded haunted attraction (Hauntworld rated it the second-scariest attraction in the country in 2016) right outside of Atlanta in Norcross, Georgia, for 21 years now. He says it’s common for people to overestimate the profits and underestimate the work.

“It can be intoxicating for people,” he says. “It’s not like opening a lemonade stand.”

That being said, Messina has some tips for how to run a haunted house.

How to run a haunted house: Have the background and the passion

Messina teamed up with his business partner to start their own haunted house, Netherworld, after an attempt to bring a version of an already-established haunted house chain to Atlanta fell through.

Previously, Messina worked as a makeup effects artist and special prop maker in the film industry, while partner Ben Armstrong had a background in TV production and a shared interest in haunted houses.

“I had worked at local haunted houses prior to that, just to help out,” Messina says. “Haunted houses are just so much fun. I’d go and help do makeup, build a prop, decorate a room for them, just for fun.”

After deciding to get their own venture off the ground, Messina and Armstrong stuck with Netherworld through its difficult first years—all the while working other jobs and dedicating their free time to making their dream a reality.

“Maybe a smarter person would have quit after a couple of years, but we love haunted houses, we love Halloween, and we just thought it would work. And eventually, people would come in the numbers that made this a wise decision,” Messina says. “Much like any business for an entrepreneur, I think the key ingredient is a love for what you’re doing. If you love what you do, it’s not going to feel like work.”

Now, Netherworld pulls in an estimated 75,000 visitors a year and is one of the biggest names in the haunted house industry. That allows them to sell tickets for prices that range from $23 to $35 (depending on the night and the attraction) or as much as $55 for a speed pass.

Still wondering how to run a haunted house? The next tip is critical.

Location is everything for a business, but that’s especially true when it comes to haunted houses.

When Netherworld was just starting out, terrestrial radio and print advertising were still kings, and directions couldn’t be overly long or complicated. An easy-to-find location was critical. That remains true today despite the fact that many people have smartphones for directions—keep in mind there are other considerations besides physical location when you’re wondering how to run a haunted house.

“When you’re looking for a haunted house location, you can’t just do it in ‘a house,’” says Messina, “You need to be up to fire code, have enough exits per number of linear feet, and you can’t have just stairs because it’s not ADA compliant.”

Netherworld actually just went through the process of finding a new location—after 21 years in Norcross, they’ll be leaving their long-term leased space for their own building next season.

“We worked with a real estate agent familiar with our product. We gave them the parameters: at least 50,000 square feet but as much as 100,000 square feet, and at least 400 parking spots. We’d want it to have sprinklers [another requirement], though that’s not a deal-breaker, we can put sprinklers in,” says Messina. “We looked at warehouses, manufacturing plants, some beautiful buildings—but we had to figure out where to compromise.”

Another set of considerations is whether to lease or buy your location and what to do with the space in the months that you won’t be scaring the wits out of visitors.

“It depends what level you’re trying to go for. It’s hard to get a short-term lease and put on a quality show. We have a long-term lease on our building—we pay rent on it all year long,” says Messina. “We don’t have any income the rest of the year, but that’s our choice because we want our show to be the best it can be every year.”

Get right with your public safety officials

When we asked Messina what he would advise newcomers who are wondering how to run a haunted house— he was adamant about public safety.

“People have a vision and they want to create it, only to find out a week before they’re supposed to open that, they had a fire inspection and they’re not going to be able to open,” he adds. “All of your dreams and hopes won’t matter if you can’t open. Public safety is incredibly important. It could be something minor you could fix, like a couple more exit signs, or it could be major, like a sprinkler system. And you should know that before you buy that building.”

So, not only is safety important from the perspective of being a decent human being and a good business owner—it’s important because other people are paid to consider the safety of your haunted house as well, and they’ll have no qualms about keeping you shuttered if you can’t show you can keep visitors safe.

Running a big haunted house requires a lot of people to help keep things going: Messina says Netherworld has close to 400 people on payroll that are capable of working, though not all at the same time.

“About 120 or so people a night on average that work the haunted house,” he says. “During the season we also have police officers, security people, people in operations who put out signage and traffic cones, customer service people. There’s a lot of folks working for the same goal but focused on their specific tasks, and if that task isn’t attended to, it affects the big picture.”

One thing you should know about how to run a haunted house—haunted houses are a highly seasonal business, many of your employees will be temporary part-timers. That doesn’t mean you shouldn’t invest heavily in finding those who are passionate about the business as well, and keep them engaged, even in the offseason.

“You have to make it a rewarding experience for your employees, even though it’s only a month,” Messina says. “At a haunted house, you have the added challenge of trying to retain individuals even though it’s only a part-time job, you have to do right by your people. We work all year long with our employees, take them on movie outings and trainings.”

“Additionally,” he adds, ”another 12 to 20 people work quasi-full-time or on a more year-round basis. That’s not including people that we contract out to, when we want something made. We have 15 or so people who work all year long, anything from carpentry to costuming to painters to makeup artists.”

All told, Netherworld employs 10 makeup artists for each performance, the 120-plus performers can take up to an hour to suit up each night, and over 100 gallons of fake blood and other effects materials are used each season, according to the Atlanta Journal-Constitution.

Be creative with your costumes

You can source your costumes and props from outside sources, but Messina says Netherworld makes (or alters) over 90% of their costumes, which helps put Netherworld over the top when it comes to scaring people.

“We have people that pretty much all year are working on things,” says Messina. “They look a certain way, and you have to complete the picture. If you have this incredible mask, and then these goofy gloves and sneakers you bought from the store, that’s not going to fly.”

That dedication is, in part, why people become repeat customers to Netherworld.

“We never want people to say, I don’t want to go there, I went there last year. Every year it’s different,” says Messina. “We do keep elements people like, but after a few years we may change it up, to keep things fresh. We change the path, we change the theme, we change the story. Before we shut down for any given year, we’re already working on the next year. How can we improve on what we’re doing?”

When it comes to marketing: Google is your friend

Netherworld is one of the first results that Google serves you when you search for haunted houses, and that’s no accident: Years of developing a stellar reputation and multiple press hits on everything from the AJC to the “Today Show” help immensely. But what should you do if you’re just starting off and want to get the word out? (Few things sound as depressing as an empty haunted house.)

“We do all the traditional methods of advertising, like radio and billboards, and we do digital as well,” says Messina. “But … every market is different. I could tell you exactly what we do here, and if you take it to another market, it’s completely different. You have to kind of feel it out. There are lots of avenues these days that are inexpensive to free to get you started, which is a great advantage for startups now.”

Don’t go into the haunted house business expecting to make, as Messina puts it, “a trillion dollars.” Even the most successful haunted houses aren’t quite that profitable. But if you can’t stop wondering how to run a haunted house and love the Halloween season and have a knack for scaring people—with elaborate costumes, or horrifying stories, or psychological manipulation (a good jump scare is great, but a tense, subtle scare is even creepier)—then delving into this highly seasonal, high-risk, high-reward business might be for you.

This article originally appeared on JustBusiness, a subsidiary of NerdWallet.