What to Look for in Airline Seat Reviews 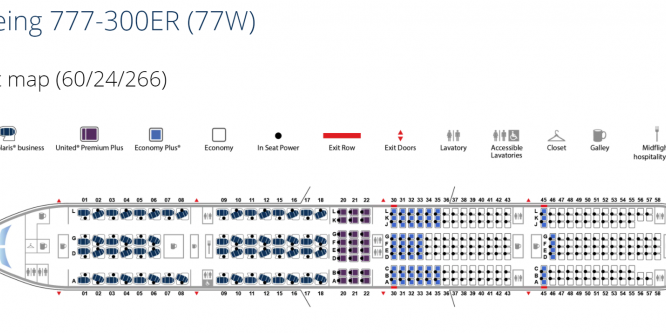 As anyone who flies a lot can tell you, there are huge differences between airline seats. From legroom and seat recline, to in-flight entertainment and power outlets, you can have a vastly different experience even between planes on a single airline.

For example, some American Airlines Airbus A321 aircraft have seatback screens and power outlets, while other A321 aircraft have neither. Power and entertainment may not make much of a difference on a short flight, but if you’re on a six-hour coast-to-coast flight, charging your phone and watching a movie can make your experience a lot more pleasant.

With a little research, you can greatly improve your flight experience, whether on a short hop or a long international flight.

Here’s what to look for in airline seat reviews, plus some tools for picking the perfect airplane seat.

What to consider when picking your airline seat

Some travelers love to watch the world go by via a window seat. Other flyers prefer an aisle seat and the freedom of easily being able to get up. But no matter what type of seat you prefer, there are five major things to consider when picking your airline seat.

It’s no fun to fly with your knees jammed up against the seat in front of you. So for many travelers, there’s one measurement that rules them all: seat pitch.

Put simply, seat pitch is the measurement between one seatback and the same spot on the next seatback.

Seat pitch isn’t the definitive measure of legroom. A seat with a lot of padding won’t give you as much legroom as a “slimline” seat with the same pitch. Still, seat pitch remains a decent measurement of how much personal space you’ll have onboard.

In economy class, a good seat pitch is considered 32 inches or more. Many major U.S. airlines have reduced seat pitch on much of their domestic fleet to a tight 30 to 31 inches. Meanwhile, ultra-low-cost carriers — like Spirit and Frontier — typically have only 28 to 29 inches of pitch.

The space between armrests, the seat width, is also important.

Even larger aircrafts must play these math games. For example, many airlines now fly with 10 seats per row in economy on the Boeing 777. However, some airlines have maintained a more-spacious nine-seat arrangement.

Seats at the front of each cabin are typically considered “bulkhead” seats. Because bulkhead seats often have extra knee room, airlines often consider them premium seats and charge extra to book them.

There are other potential downsides to bulkhead seats. Since there’s no seat in front, the tray table is typically stowed in the armrest between seats, which can mean a thicker armrest and less seat width. This also likely means that there’s no under-seat storage — even purses and other small items have to go in the overhead compartment during takeoff and landing.

Even though you might have plenty of room for your knees, the bulkhead wall may keep you from stretching out your legs.

For travelers who enjoy looking out the window, there’s perhaps no more frustrating experience than boarding a plane only to find that your window seat doesn’t have a window. To avoid this fate, check SeatGuru (more on this tool below) and the airline’s fleet page to see if a particular seat is missing a window.

5. Tradeoffs in the back of the aircraft

Many travelers like to sit as far forward in the plane as possible. However, in larger planes, there’s a reason to opt for seats in the back.

Typically, as the aircraft fuselage narrows, airlines will reduce the number of seats installed in each row. Often, this can lead to a row having just two seats instead of three. A couple traveling together can get both an aisle seat and a window seat without having anyone in the middle.

Of course, the back of the aircraft has drawbacks. Restrooms are generally found at the back of aircraft, so you may have to put up with the frequent sound of flushing, not to mention disruptions from passengers waiting in line to use the bathroom. Being in the rear could also mean painfully long disembarkment wait times.

Now that you know what to look for, you should know how to find the best airline seat reviews. We recommend using tools like SeatGuru, Google Flights (with an optional plug-in) and the airline’s own fleet page to get a better idea of what you (and your bum) are in for.

SeatGuru is an excellent resource for finding airline seat reviews. For almost every aircraft in the skies, SeatGuru offers an airplane seat map, plus notes about which seats are the best and which to avoid. You’ll see the seat pitch, seat width, video type, power type, Wi-Fi availability and seat type. Basically, the only aspect that’s missing is information on seat recline.

In addition to the website’s expert-driven reviews, SeatGuru users can submit their own airline seat reviews. Some of these can be quite detailed and helpful for picking the perfect airplane seat.

If you’re looking for the best seat on your flight, you don’t even need to know what aircraft you’re flying on. Just go to the SeatGuru homepage and enter your flight number to see the seat map for your flight.

One of the easiest ways to find and sort through flight options is Google Flights. However, Google Flights is more than just a great tool to find the cheapest fares.

For each flight, Google Flights includes information about aircraft type, seat pitch, Wi-Fi availability, power outlets and in-flight entertainment options. Plus, Google Flights will flag fares that don’t include carry-on bags with an icon of a slash through a bag.

To make your Google Flights experience even easier, consider adding the free Google Chrome plug-in Legrooms for Google Flights. This plug-in doesn’t add any additional data. Instead, it consolidates the data in a way that makes it much easier to compare options.

In the example below, you can see that each of the flight options offers a seat pitch of 31 inches and Wi-Fi on both legs of the journey. However, United doesn’t have power on the first flight. Further, the Delta option only has USB power on the long flight from Atlanta to Honolulu.

If you want to get information straight from the source, many airlines offer an aircraft or fleet page. The fleet pages for some of the major U.S. airlines are:

These pages show the types of aircraft the airline flies, along with airplane seat maps, seat pitch, seat width, Wi-Fi, in-flight entertainment and the number of passenger seats in each cabin.

Aviation geeks will appreciate some of the nerdier information United and Alaska include, such as cruise speed, type of engines, number of crew and aircraft range, length and wingspan.

Want to visualize what the experience is like onboard? United offers 3D renderings inside some of its aircraft.

If you’re looking for the best seat

Whether you’re flying a few hours or many, your seat can make a big difference in your travel experience. By choosing the best spot in your cabin, you can stretch out your legs, be entertained during the flight and arrive fully charged. And by using tools like SeatGuru, Google Flights and airline fleet pages, you can pick the perfect airplane seat for you.